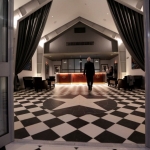 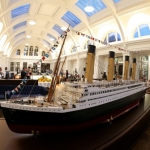 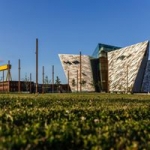 Belfast N.Ireland has been home to The Titanic Museum for many years now. link here Now the much anticipated Titanic Hotel has finally opened. Reported to have cost £28 million ($37.9 million), the hotel is housed inside the Harland & Wolff headquarters and historic Drawing Offices—where the Titanic was originally built in the early 20th century. The property was designed to be “the world’s most authentic Titanic-themed hotel.” The Titanic Hotel showcases Belfast’s shipbuilding heritage, and the project carefully preserved original details (like moldings, arched vaults, parquet floors, and the old Telephone Exchange that received the first alert of the Titanic’s crash into an iceberg). There are 119 guest rooms, designed with Art Deco touches and all the latest technology. The restaurant offers views of the Titanic Belfast attraction, the Harland & Wolff cranes, and the historic slipways.