Have you been dreaming of Croatia ? 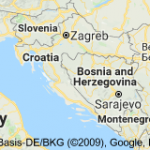 Croatia is becoming one of the top European destinations to visit. Travelers are looking for something different and so many of the more popular European destinations have become overrun with Tourists. Croatia is an Eastern European country with a long coastline on the Adriatic Sea. Encompassing more than a thousand islands, it’s also crossed by the Dinaric Alps. The hot spots to visit are Dubrovnik, Plitvice National park, Istria and of course the Islands (there are more than 1,000) 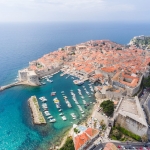 Known as “The Pearl of the Adriatic” Many of the Games of Thrones scenes have been filmed hereand elsewhere in Croatia. The “Old City” is a UNESCO World Heritage site. Just walking around here would be amazing. Some of the top attractions in this area include: trip to Montenegro, Mostar & Kravice waterfalls, Dubrovnik Cable car, Tour of the Old Town & city walls, Game of Thrones tour…….Culinary specialties include the finest shellfish in the Adriatic, World renowned wines like Malvasia, and desserts like Rozata (flan or creme brulee) 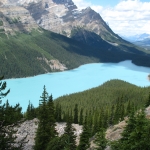 Plitvice Lakes National Park: is Croatia’s hidden Gem. The forested park has 16 turquoise-blue lakes, waterfalls, limestone canyons, and caves carved over thousands of years. Visitors can tackle all the major waterfalls, or simply trek down to the aptly named Big Waterfall. The paths are wooden walkways suspended over the lakes. There are hikes for all levels of activity. The park is also a UNESCO World Heritage site and upon visiting it’s easy to see why.

Istria: (original article Travel & Leisure) In the North of Croatia the

peninsula of Istria is spectacular. It is becoming popular with travelers who have already experienced the Dalmatian coast. Villages like Rovinj, with its simple ports, fishing boats and narrow streets, reflect the spirit of the Mediterranean, while moving inland gives way to the kind of green and fertile hues associated with the landscapes of Provence and Tuscany. Complete with Vineyards, coastal towns and beaches. Culinary delights include famous black & White truffles. Places to visit: Brijuni Islands, Batana Eco museum, Hum-smallest town in the World, Pula Amphitheater.